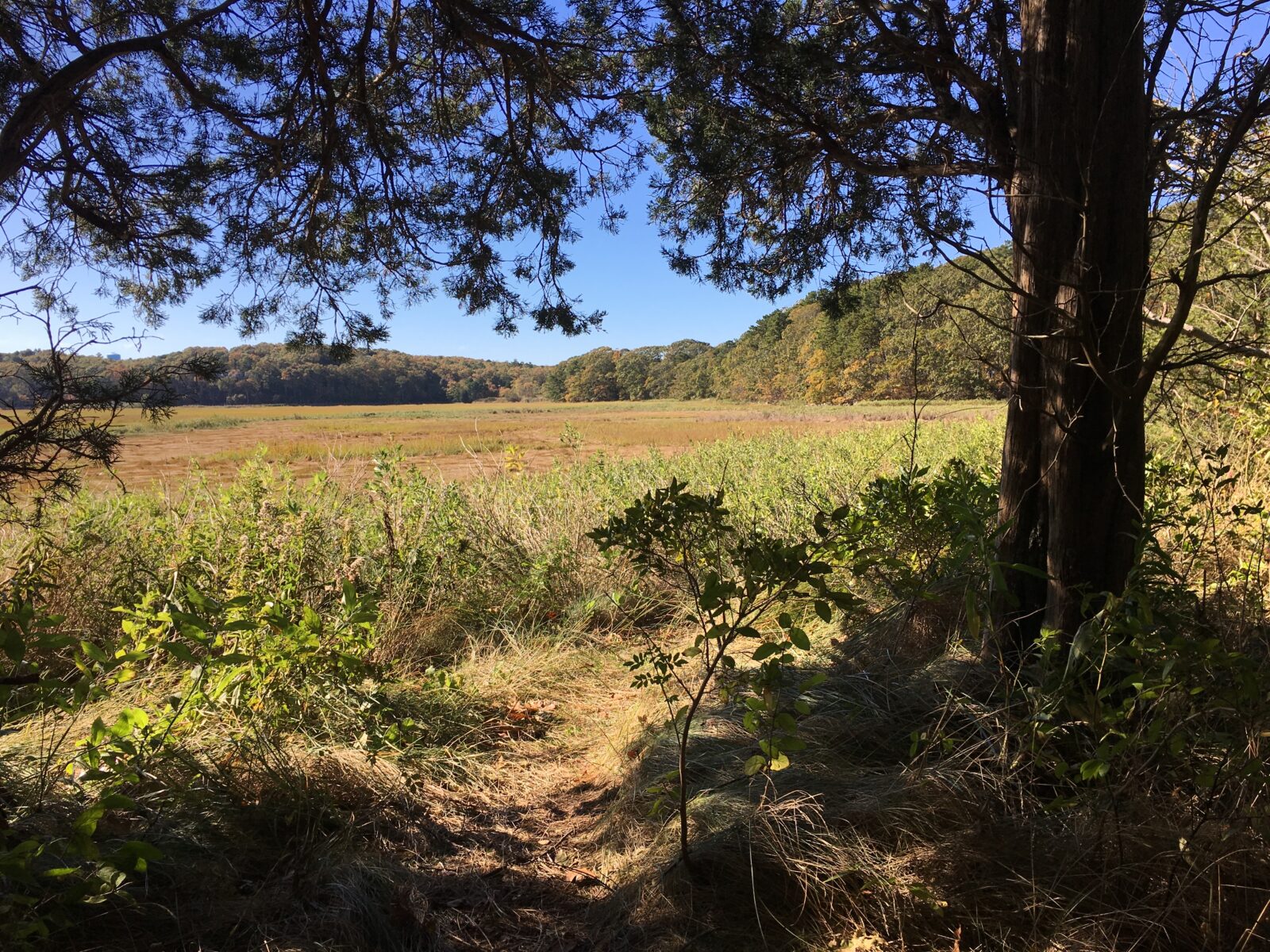 “I never could understand why so seldom is mention made of the wonderful forms of nature that lie so close to our view…Multitudes have sailed in and out of a familiar harbor through a panorama of islands rounded with crowns of moorland and grass, set in a visa of distant horizon rivaling the bays of the Mediterranean in the impressive though cold beauty of the northern zone, yet its islands set amid colors of sky and seas fully as stimulating in their influence upon the free mind, as the famed approaches to the showplace harbors of the southern seas. Yet it is only Boston Harbor and Massachusetts Bay of which we write! Widening out eastward over waters gleaming under the early morning sun in October only a sodden heart could remain indifferent to its appeal to the sense.”

-Gladys Tantaquidgeon, “See the Beauty Around Us”

Well, it wasn’t Massachusetts Bay. For me it was Cape Cod Bay; last Saturday, with sunny skies and temperatures in the low 60s forecasted, I set out for a solo hike in Ellisville Harbor State Park in South Plymouth. I wanted to soak up what could potentially be the last warm, pleasant day of the fall while also exploring a tract of forest, beach, and marsh that I drive past almost everyday on my way to work.

I hiked along the park’s bluff-top main trail, with the waters of Cape Cod Bay glinting through oak woodland to my right. To the left, the woods thinned out into the red-yellow grasslands of an abandoned cranberry bog, confirming that I was now in Massachusetts and not my native Connecticut. But it wasn’t until the trail turned east and I descended to the beach that the exploration really began.

When I emerged from the upland oak forests, my attention was immediately drawn to the near distance to my right, where a savanna of pitch pines, scrub oaks, and red cedars stood marooned between salt marsh and the strand of the Bay. I am a self-practitioner of shinrin-yoku, more commonly known as forest bathing, and once I approached the savanna, I could tell it would be an excellent place for a forest bath. The wide spacing between the trees and easy-to-navigate undergrowth of poverty grass and tufts of dunegrass in the sunnier spots would provide for easy maneuvering, while the salt air from the Bay provided a unique crosscurrent of sensory information.

So, following typical forest bathing protocol, I slowed down my pace as I entered the savanna. I made sure to breathe deeply through my nose, taking in the scent of the vegetation and salt air. I crumbled pine needles and oak leaves to amplify those olfactory sensations, and bent over to let the cool sand beneath the trees sift through my fingers. I even “made friends” with the savanna by sitting still beneath two red cedars for ten minutes or so, thus letting the sounds, air currents, and scents of the forest act upon me instead of the reverse.

Enmeshed in all of that sensory ephemera, it occurred to me: I could spend years studying and examining this sandy, 1-acre patch of vegetation, and still I wouldn’t completely know it. There would always be a new colony of insects taking up residence; new plants sprouting; new seasonal conditions acting upon the entire biotic entourage. The Heraclitus quote that “no man ever steps in the same river twice” could just as easily apply to this coastal woodland.

I only moved to Massachusetts in early September, and for most of the past two months I haven’t had the chance to slow down and soak in my new surroundings. But after immersing myself in the subtle flux of the pine-oak savanna (which I now know is classified as a maritime juniper woodland by the Massachusetts Division of Fisheries and Wildlife) and then emerging onto the beach with its sweeping views of Cape Cod Bay, I felt at home in Massachusetts. I had apprehended the “wonderful forms of nature” written of by Mohegan anthropologist and herbalist Gladys Tantaquidgeon, and its appeal to my senses was undeniable.

1 thought on “At Home in Southeastern Massachusetts”