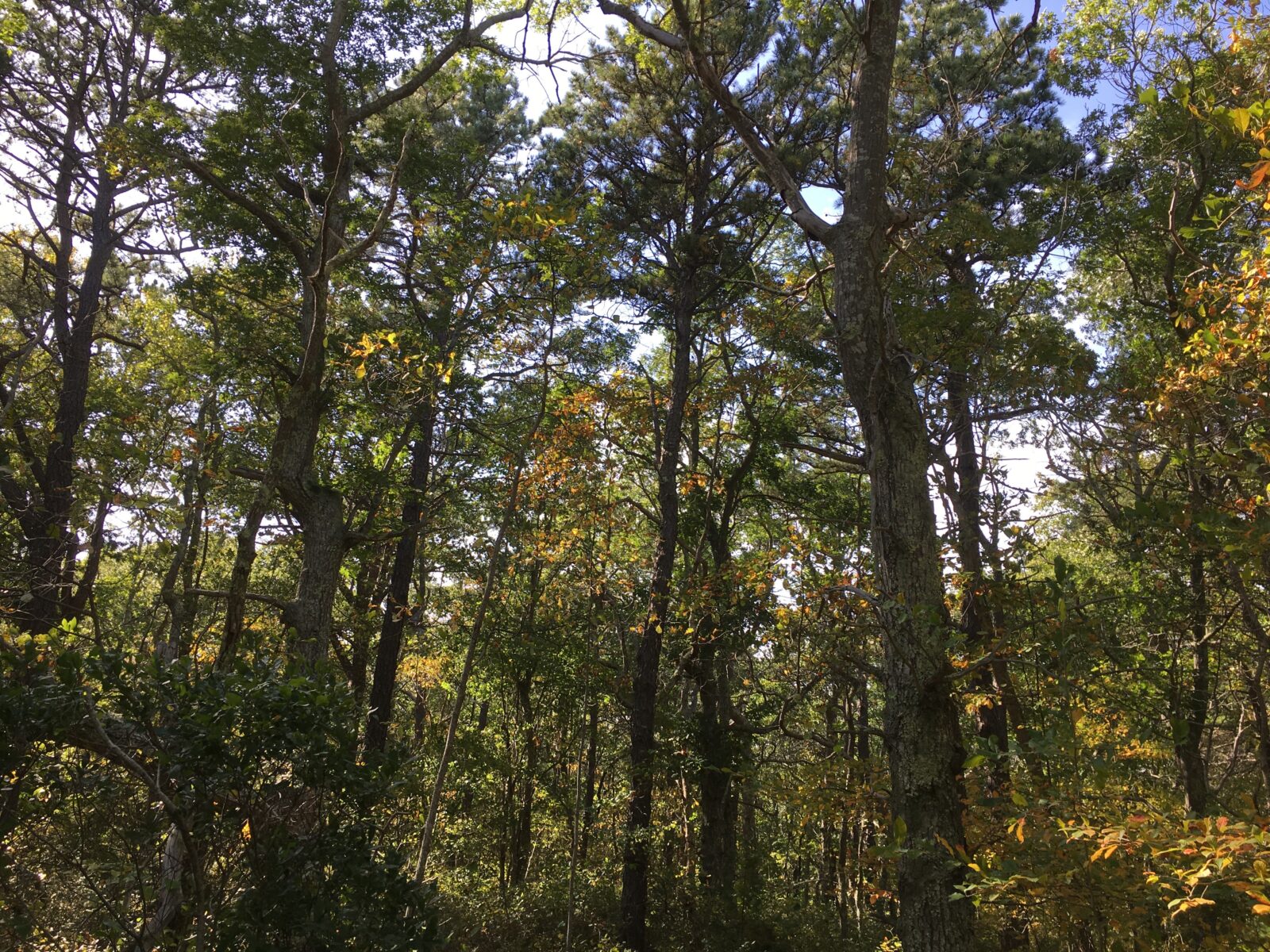 I spent much of September and early October identifying the natural communities of Center Hill Preserve. Natural communities, as defined by the Massachusetts Natural Heritage and Endangered Species Program (MNHESP), are “groupings of plant species that occur together in recurring patterns” and are distinguished by three characteristics: definite plant species composition; consistent physical structure; and specific physical conditions. What that means in layman’s terms is that if you’re out on a hike and the plants around you all seem to look similar, then they can probably be classified under a single group name such as “Atlantic white cedar bog”or “red oak-sugar maple transition forest” (most natural communities are named on the basis of dominant plant species) . Moreover, each community of plants is the result of particular climate regimes, soil types, and topographic features and is also responsible for supporting a distinct suite of wildlife.

Currently, 106 natural communities have been identified in Massachusetts, and they range from the high elevation spruce-fir forests of the Berkshires to the sandplain heathlands of Cape Cod. 40 of those natural communities occur in the pine barrens ecoregion. However, Center Hill Preserve has never been surveyed for its natural communities, so the the impetus behind my identification work was SEMPBA’s need to quantify the diversity of the plant communities of the woodlands that surround our new office.

I started off by surveying the inland portion of CHP (west of Center Hill Road), and used the hiking app Ramblr to track my observations on my phone with a mixture of typed notes and photos. Then, using the app Paint S on a desktop computer, I overlaid a trail map of CHP with illustrations showing the approximate locations of the area’s various natural communities. Below is the finished product.

As can be seen above, I noted five natural community types. All of them are terrestrial systems, meaning that they are well-drained (as opposed to palustrine and estuarine systems). With the exception of a former cranberry bog that now supports a cultural grassland, all of the communities belong to the forest/woodland sub-system. Unsurprisingly, the most widespread community is pitch pine-oak forest/woodland, which MNHESP identifies as the matrix forest of Southeastern Massachusetts (the photo at the top of the post is of a portion of CHP’s pine-oak forest).

When I first started surveying the preserve, I carried with me a natural communities guidebook that included all of the state’s 106 communities. However, as I became more familiar with the preserve and its assemblages of plants, I started leaving behind the guidebook at the SEMPBA office. My ability to recognize natural communities without a guidebook was made easier by the relatively low number of communities in the inland portion of CHP. I also learned how to use the ground beneath me as a tool for reading transitions between natural communities. For example, whenever the soil of the hiking trail I was following went from being relatively sandy to being dark and loamy (with an absence of pine needles), then I knew I was crossing from a pitch pine-oak forest to a primarily deciduous coastal oak forest.

Probably one of the most valuable lessons of this exercise, other than making me more familiar with the natural landscape of my new home landscape in Massachusetts, is how nuanced a “mere” forest really is. Rather than being a monolithic stand of trees, the woods at Center Hill Preserve are a varied complex of unique ecologies, and each one bleeds into its neighbor.

Next week, I will be posting about the natural communities of the coastal portions of Center Hill Preserve.