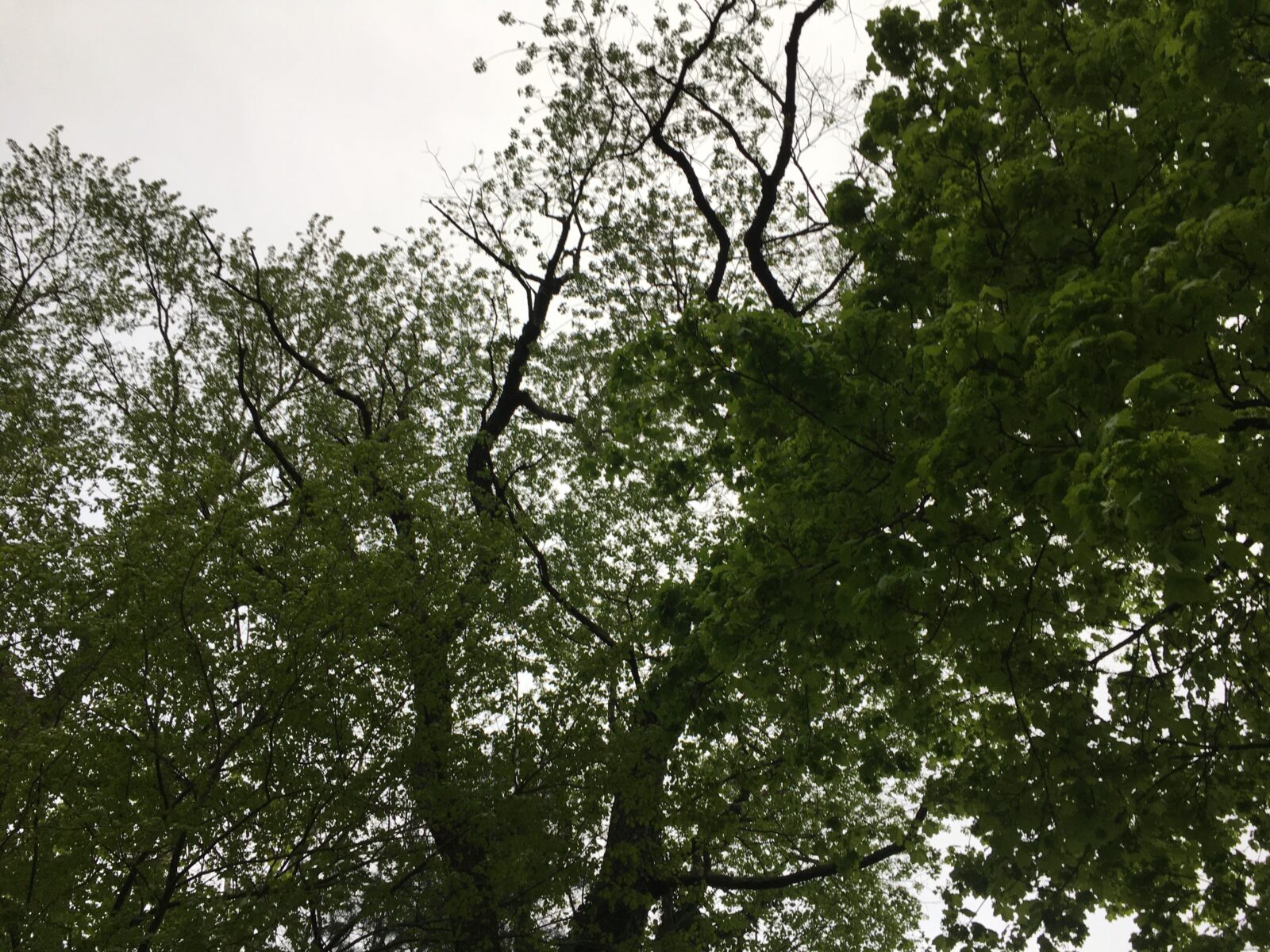 “You have chased away the spirits with your roads and development projects. They hide in the thick forests, and it is there we must go in order to understand what is happening.” (From These Wilds Beyond Our Fences: Letters to My Daughter on Humanity’s Search for Home by Bayo Akomolafe.)

Almost every weekday between this past September and March, I drove by the general vicinity of Mass Audubon’s Tidmarsh Wildlife Sanctuary on my way to work at the SEMPBA office. I had an impression of what Tidmarsh is: a 481-acre former cranberry farm that now constitutes the largest freshwater ecological restoration project in the Northeastern US. But that was it. I had never actually set foot on the place. So it loomed at the edge of my awareness, an important environmental undertaking that I should probably see for myself at some point.

On a balmy Wednesday in early March, Robert Kearns, Tidmarsh’s TerraCorps youth education/community engagement coordinator, gave me a tour of the sanctuary, and I was not disappointed. The Entrance Trail, which departs from the visitor parking lot, first follows level terrain through mixed coniferous-deciduous woodland that is typical of southern New England. But even here there are surprises in the details. At one point, Rob pointed out a hummock of brush covered land that is composed of soil that was excavated in the digging of an artificial channel last century, a testament to Tidmarsh’s recent cranberrying past.

Soon, we emerged from the forest onto “the meadow,” and I felt like I had been transported to the prairies of the western High Plains. The meadow, which can be traversed by either the Ridge Crest Trail or the Meadow Trail, encompasses what used to be a dumping site for sand. The barren expanse has now been colonized by grasses and, along the edges, young pine trees. If the pines continue to propagate over the years and wildfires are allowed to burn, then the meadow could eventually be home to a proper pitch pine-scrub oak savanna.

Onwards we walked, along the Forest Trail and Red Maple Path, over the recently undammed Beaver Dam Brook, and out to the expanse of open wetland that composes the heart of of the restoration project. Along the way, we passed plantings of white cedars that may eventually restore the regionally rare Atlantic white cedar swamp community.

After Rob showed me around, I returned alone to the Ridge Trail, where a south facing scenic overlook offered a vantage of Beaver Dam Brook flowing through a valley. I sat at the overlook, and the expansive view (who knew there were such vistas in Plymouth?) left the impression that I was regarding a whole contained world. And it was just beyond the edges of Route 3 and State Road this whole time! I couldn’t wait to return in a few weeks when everything would be in bloom.

I haven’t had a chance to return to Tidmarsh. I am writing these words from my parents’ house in Connecticut, where I retreated to just a week after my tour of “the edges.” Things change fast. Almost all of us have retreated and battened down the hatches, and here we still are: staring at our computer screens, trying to make sense of a pandemic the likes of which the industrial world hasn’t seen in a century. Mass Audubon’s sanctuaries are closed until further notice. But nature isn’t closed. Many of us have seen the videos of dolphins playing in formerly bustling commercial ports, of coyotes sniffing deserted campgrounds. Maybe you have noticed unusual birds coming to your feeder; a birdwatching aunt of mine in Florida has made such an observation. It seems that the agency and intentionality of other-than-human nature is suddenly demanding our acknowledgement.

The agency of nature is what the world’s indigenous and traditional cultures call the spirits. The quote at the beginning of this essay was a message imparted to the contemporary philosopher Bayo Akomolafe by a traditional Yoruba priest. Later, Akmololafe is told by a different priest that if those of us who live amidst the trappings of modern society want to find our way back to the spirits, “we must first come away from the road and become lost.” Tidmarsh Wildlife Sanctuary, sandwiched between two thoroughfares, is a good place to get lost in. The fact that Tidmarsh is a vast ecological restoration site adds more layers to the art of losing one’s bearings. There, the natural processes of a freshwater ecosystem are being allowed to exert their own intentionality (spirit) after decades of human imposition. True, ecological restoration involves human intervention, but only at first. To walk through Tidmarsh Wildlife Sanctuary, one is offered a glimpse of what it can be like when we decide we no longer want to be the stars of the show. Now, though, as the world locks down, the wildlife sanctuaries are coming to us, and we’re witnessing a possible future where the vanity of economic development for its own sake is not the only show in town.

You are not a defective person if you are taking refuge in displays of emerging nature amidst so much human suffering. You do not have your head in the sand. To quote Jack Gilbert, “We must have the stubbornness to accept our gladness in the ruthless furnace of this world. To make injustice the only measure of our attention is to praise the Devil.” Moreover, I’d wager that there’s an imperative to pay attention to nature’s exuberant spirits at this moment in time. They can teach us truths we’ve forgotten.

Here’s one such truth: things change rapidly for the better as well. Through most of March and April, as interminable rain and sub-normal temperatures stalled over the Northeastern US, the return of foliage here in southern New England moved at a snail’s pace. It seemed like the trees were holding their breaths as their branches grew heavier with red, yellow, and pale green buds. Meanwhile, the number of worldwide COVID-19 cases and fatalities ascended a mind-numbing exponential curve we’re all now familiar with. Beginning last week, though, as the sun re-emerged and the mercury started to sail past 70 degrees, a different sort of exponential curve came into focus: the buds are bursting open and the leaves are finally unfurling themselves.

I began composing this essay over the weekend in my head, while lying on a hammock beneath mature maple and oak trees. With each warm breeze, bud casings showered down, and it became abundantly clear to me that “coming away from the road” and apprehending the spirits need not involve setting off into deep wilderness with a machete. We don’t even need suburban nature preserves for this work. We can become lost in our own backyards, in the margin of woods at the edge of the road. And it turns out, once we leave the road and explore the edges, we won’t find any monsters. Apocalypse isn’t lying in wait for us. There will be blue sky, fresh foliage, and ourselves. We will discover we’re about as discrete from the landscape as dolphins and coyotes.

We may also find that we’re encased too, waiting for a catalyst so that we can unfurl in our own phase shifts of renewal. As the systemic global crises of the 21st century bear down, the spirits, the guardians, the ancestors – they are all waiting for us to ask for their help. They will have our backs. Our story does not have to end in chaos.

2 thoughts on “Toward the Edges: Reflections on Nature in the Time of COVID-19”